“There goes another one,” Dad says, nodding toward the doorway. “Look.”

We’re in his room in assisted living where he is struggling through physical rehab after his stroke. I am staring stubbornly at the blank TV on the wall. I refuse to look. I am not playing his game. 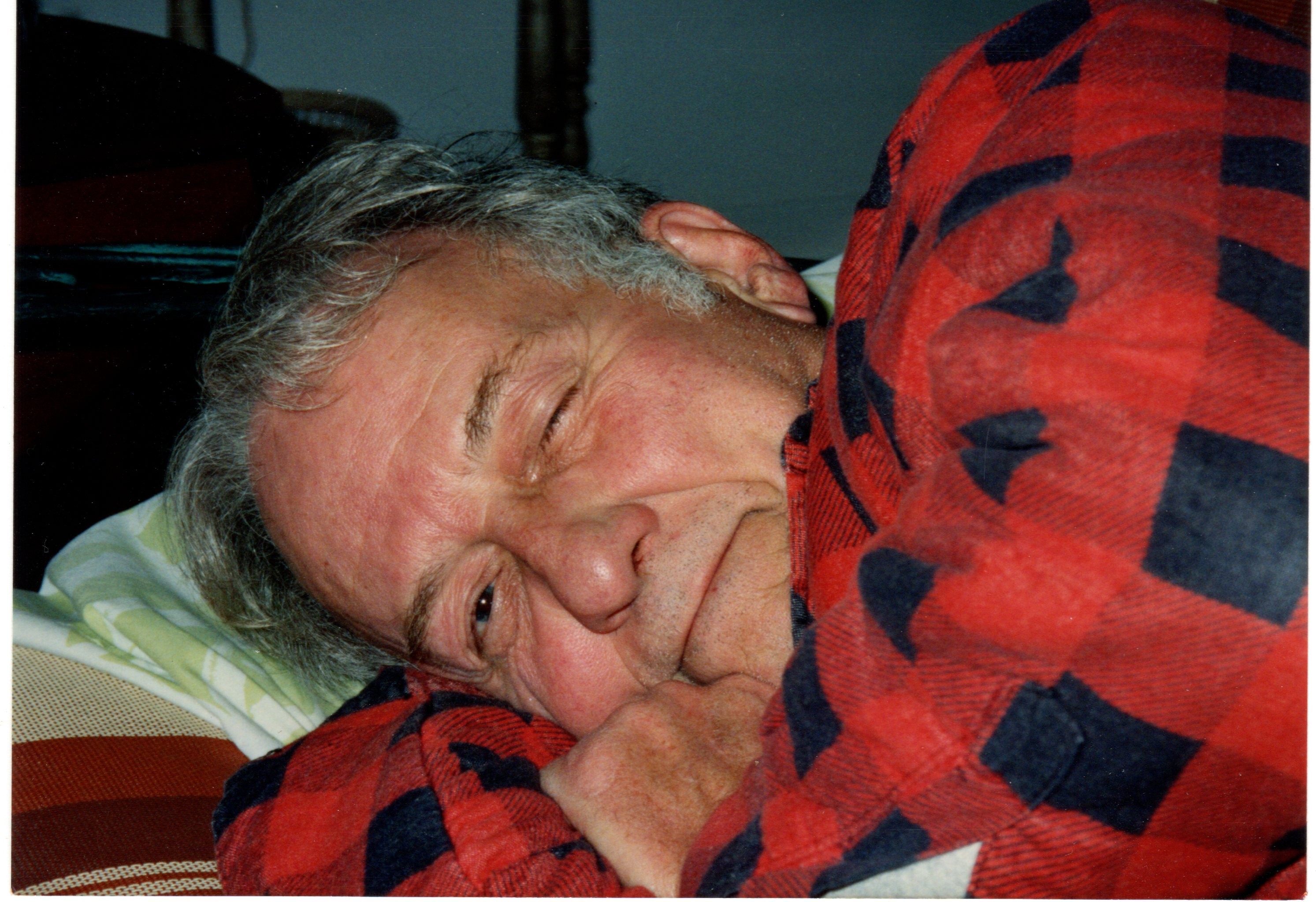 I look. A woman hunched over in a wheelchair in the hallway moves past the door frame, glances in, then moves on, silently, out of the frame.

“Night of the Living Dead,” he says.

I have to think hard about how I might do that — move a partially paralyzed man out of the building.

After dad had a stroke, one of the first things he said to me in the ICU at a hospital in Las Vegas was, “Remember how I taught you to drive a stick shift?” How could I forget? The task requires a subtle, intricate pattern of hand-foot-brain connections. When we drive, especially a stick, we use just about everything we have:  sight, hearing, touch. No matter how many times someone explains it you just have to eventually FEEL it:  one foot gives gas while the other eases off the clutch until you hit the magic spot that makes the car go.

We reverse roles in aging-parent land. Our parents who coached us to hold a cup to our lips without spilling – to SENSE it– often now need similar instructions. I remember reading about this role-reversal, but it takes you by surprise when it’s there in front of you.

I push his wheelchair down the hall, unsure if we can accomplish this or if someone will stop me or if an alarm will go off.  He hasn’t left the building since an ambulance brought him there a few weeks earlier. Like so many people my age with ailing parents, you suddenly find yourself standing on the edge of a new frontier. You wing it.

I park him out front, get my car and pull up near the front door. I come around and open the passenger side car door. I position the chair as close as I can get it.

I tell him to put his right hand, his good hand, on top of the open door. “Pull yourself up,” I tell him and grab the waist of his pants from behind. He stands.

“Okay. Pivot. Right foot. Left foot.” We chant together. He moves until his back side faces the seat.

“Now bend your knees.” He bends them. “Watch your head,” I tell him and place my palm on top so he doesn’t hit it. I realize I have never touched the top of my father’s oddly tender head. I swing in his legs. He looks up at me, clearly surprised. “Not bad at all.”

We shake hands like two business partners closing the deal.

I ease the car away from the building.  It feels illegal. I have kidnapped an invalid.

He gazes at the blue sky. “Let’s just high-tail it for Mexico,” he says.

I want to tell my sister we have managed a new skill. I rummage in my purse for my cell phone, holding the wheel with my left. I see Dad eye balling me. Dad, the man who taught me to check the oil, change the air filter, to turn your body around when backing up (“you’ve got to FEEL the car”).  I see him eye balling me. And then I know he is going to say it. He was going to say the thing, the old-school thing,  the thing that used to drive me nuts, the thing that makes me feel better than anything else that day.

As we make our way onto the endless highway I think about how far he’s come since the ICU. I think about motor skills, and motors, and the blustery afternoon when he taught me to drive, the gut-wrenching grinding of gears. As the sun began to set that day, he got out of the car and said, “You’re ready to go it alone.” I remember finally, finally getting to the top of the hill in my “vintage” 1972 powder blue Volkswagon Beetle, the first car I ever bought, turning the car around triumphantly and seeing Dad at the bottom of the hill, in his flannel jacket – winter was coming – clapping his hands.