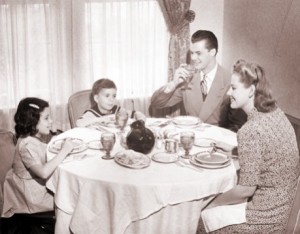 Random posts about the lives of teens.

Not long ago, I told a group of teenagers at my dinner table that I had been a member of a band in high school called Niki Knudsen and the No Nos.  My kids and their friends laughed.  Urged on, I explained that we were a punk-folk band. Even more ridiculous, right?  The year was1979 (members fluctuated a bit, and I didn’t actually “join” as a keyboardist until right after high school). I explained how we used to crash weddings. I’d drive the lead singer’s mom’s station wagon, loaded with the four band members and acoustic instruments, and pull into the parking lot of a VFW hall. They would hop out, run into the hall, and play until someone kicked them out. My job was to keep the engine running.

I can’t recall why, when we were 17, we thought this was so much fun, but the teens at the dinner table were in stitches. I shared the few song titles I could remember:  The MX Missile Song. Oh, I added, “And another song, a ballad, was titled, Mommy Made Me Love You with All Her Whips and Chains.”

My two teenagers and my husband and I sit down to dinner every night. I like to cook. I like the process. I chop an onion and garlic and throw it into a pan with olive oil (unsure, often, exactly what dish will unfold.)  I place four white plates on the table and line up the napkins, forks, knives, and spoons. My husband usually walks in the door soon after and pours the milk, changes his clothes. He’s the one who calls the kids, who are either in their bedrooms, studying, or in the finished basement, goofing around. If friends are there, as they often are, we invite them to eat.

Apparently, our evening ritual is a good one. Even people without kids are probably familiar with the data that consistently correlates family dinners and well being. I first came across this body of work in 1998 while writing a piece for The Washington Post . I liked the term “well being” right away. It hits all the hot spots – the worries that might keep all of us, with or without children, awake at night. Will I be happy? Am I happy? Am I okay at work? Am I okay at school? Do I have healthy friendships? Do I feel as though I am a member of a community?  Basically, all of the studies (Cambridge University, JAMA Pediatrics, Princeton, and so on) say the same thing:  teens who sit down to dinner with their families consistently show higher levels of well being. According to JAMA, “Family meals offer routine and consistency and provide an opportunity to socialize children and teach them about communication skills,manners, nutrition, and good eating habits.” But that’s not all. Some research further finds that the frequency of family meals is inversely associated with tobacco, alcohol, and marijuana use; low-grade point average; depressive symptoms; and suicide involvement.

Could this be possible? Cooking and serving steamed broccoli can save a kid’s life?

The studies do not mention “good” conversation topics.  There are no guidelines for sharing past experiences. Born in 1961, I came of age in the 1970s. My peers and I, for better or worse, have stories. Maybe the key is not to dwell, but to keep the conversation flowing, letting it take its natural course.

During the recent evening with the teens around my table, my husband and I asked about friendships, possible colleges, and school. My son shared a story about the Black Student Union presentation at his high school that day. We talked about the importance of the emergence of black student organizations in the 1970s. And that lead to the topic of my high school punk-folk band.

My senior year, the band played at the school’s black student talent show.  Niki Knudsen was the only white act in that evening’s line up. The black kids booed and threw wads of paper at the performers. Some girls stood up and shook their fists. “It wasn’t a racial thing,” I explained, eating my salmon. “They hated the band because they were so lousy.”

If there’s a lesson here, it’s not intentional. If I caused some kind of damage, I regret it. We were just…talking and laughing. After dinner, I half worried that the friends would go home and tell their parents that I was weird.  I half worried I would get a phone call. Crashing weddings? Whips and chains? Are you crazy?

All I know is that teenagers are some of my favorite people in the world. And I like to cook. And I like to feed people. The odd times when we don’t sit down to dinner, my day lacks closure, especially as the kids have grown older and have more to add to the conversation.  And if sitting around my table adds even a pinch of foundation to the fragile lives of teens, I’ll keep passing the grilled salmon.

Here’s a salmon recipe similar to mine that teenagers love because, in the words of my 10th grader, “it’s sweet.”  In the winter, bake it in the oven. In warmer months, throw it on the grill.

This piece of fish could save your teen’s life.