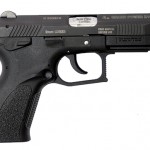 Yeah. You recognize this.

When I was 21 my mom was in the hospital for yet another operation. Exploratory surgery. This was before fancy MRIs. This was the dark ages, when surgeons had to “open you up to have a look.” She was cut from her sternum, through her rib cage, to below her belly button. Organs were shuffled and tussled and perhaps even lifted out of her body as doctors searched for the extent of the cancer. I sat by her side in her room as she recovered from surgery.

During those weeks, those days, those hours, she had a roommate, a young woman from a poor neighborhood who had been shot in the spine in a domestic dispute. The girl (I believe her name was Cheryl) shared her story. She had been sitting in a kitchen, talking to a man. The man’s girlfriend burst into the house and accused the two of having an affair. The girlfriend had an automatic gun. Cheryl stood up to flee.  She turned her back on the armed girlfriend. The jealous woman fired.  In one second, Cheryl  became a person who would be paralyzed from the waist down for the rest of her life.

My mom and I listened to the Cheryl’s story. We listened to her softly weep into the phone as she talked to relatives. Later, when Cheryl was sleeping, my mom (who was half Italian) whispered to me, “If only the girlfriend had been carrying a spaghetti pot instead of a gun.” My mom and I talked about time. That split second. And we talked about logistics:  If only she had slithered under the kitchen table instead of standing and turning around. Mostly, though, we thought about the spaghetti pot. You have to think when swinging an aluminum pot. You would most likely miss with your first swing. Even the second swing. It would be sloppy. There would be time to shout, to scuffle, to perhaps scamper out the door on your hands and knees. There would be time, in fact, to shift your reasoning, to become exhausted, to stop.

A kind of horror comes with the precision and absolute clarity of the gun, the definitive before and after. One second you are one thing. The next second you are something else entirely. A murderer. A cripple. A corpse.

Everyone in America has a gun story – from experience, from the news. Place names of mass murders are burned into our collective psyche: Columbine, Aurora, Newtown, Isla Vista. And individual shootings seem as common as pumping gas. I live in the Washington DC area, and in 1994 the district hit an all-time high of 399 murders, nearly 70% of them via a gun. In 2012 the tiny district shaped like a baseball diamond celebrated a historic low of “only” 88 murders.  This year, the rates are climbing.

Everyone in America has a gun story, not all of them, contrary to popular sentiment, involving the poor or young African American men or deranged young white men. A few years ago a university colleague of mine, a woman with a PhD, found herself in a similar Cheryl-type domestic argument. The PhD and her husband were avid assault gun owners and members of the NRA – they owned an arsenal of assault weapons in varying size and caliber. As a fight ensued, they both grabbed guns. The PhD was initially accused of murder, but the trail later revealed that the gun she fired was not the one that killed the husband. Rather, her husband shot himself. The PhD lost her job, was charged with the illegal use of an automatic weapon, went to jail, and was finally deported – back to her native country. She lost everything – her income, her job title and status, he husband, her house.  When the police initially found her, she was covered in blood. That alone would require significant psychological recovery. If only she – and he – had grabbed just about anything instead of guns. 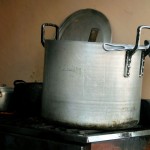 You also recognize this.

Cheryl eventually left my mom’s hospital room. I suppose they took her to a long-term physical rehab facility. Mom stayed and continued to struggle. Her abdomen would spasm, causing her to scrunch her face in pain. The dark ages  — cutting people wide open to search for cancer, shooting people in the spine because you’re pissed off.  We have come light years in terms of improving cancer diagnostics and treatment. But, if we watch the news, follow social media, if we absorb all sides of various arguments on the “gun issue,” it would seem we’ve made zero progress in understanding how best to address the problem of humans shooting humans in our society.

Cheryl’s story was my personal introduction to a specifically American horror. I grew up in Missouri and come from a family of hunters. I also married a man from northern Minnesota who grew up hunting. Family members have killed deer, turkeys and rabbits, which we ate. There were a few “bad” outcomes: the time my husband, as a teenager, wandered too far into the woods and tried to  haul a giant buck a few miles on his back; the time our parents served rabbit stew, and my young siblings and I gagged when we thought the black pepper corns were BBs.  Maybe the point is this: not one of  us has ever owned an automatic assault gun, and the rifles, stored separate from the bullets, are always cleaned, locked and hidden in a zipped bag in a dim closet until next hunting season. Maybe the point it this: As an American, despite an early introduction to the rather healthy idea that guns are for hunting meat for dinner and nothing else, I could not escape personal familiarity with the twisted horror of humans shooting humans. Over the past 30 years, I have thought about Cheryl often, my own personal introduction to America’s sorrow, and I hear her softly weep.